Lil Wayne and his recent outbursts against his longtime record label Cash Money Records rocked the Hip-Hop nation, as it appeared one of the genre’s most successful entities was in turmoil. In an interview with Rolling Stone, the Young Money Records general candidly shared some details of the happenings.

Weezy hasn’t been too forthcoming about the night in December where he tweeted his frustrations with Cash Money and Bryan “Birdman” Williams. The pair had been formerly close, so close that the “Used To” rapper referred to the label CEO as his father. In the Rolling Stone sit-down, the music, Wayne’s lawsuit against Cash Money and much more gets discussed.

On The Free Weezy Album:

“I’m working on it every day, man. I guarantee it’s going to be something dope. If you don’t want a musician being creative, don’t get The Free Weezy Album.”

On the “I am a prisoner” tweet from December:

“I love being a prisoner in some pussy. That’s what I meant. I’m human,” he says. “But it’s nothing that a good blunt can’t cure.”

“Cake baked, icing on top, name on top, candles lit. I would have released it yesterday if I could. But it’s a dead subject right now. It’s a jewel in the safe. It’s that stash-house money.”

“Right now, anybody could put out a new song on the Internet and it could become the hottest thing ever,” Wayne says. “When I was starting, you couldn’t do that type of shit. But that’s wonderful – the game is wide open, and my job is just to stay vital.”

“I like Rae Sremmurd and Migos. Sometimes I don’t know what the hell they’re talking about on Instagram,” he says with a laugh. When that happens, he turns to his 16-year-old daughter, Reginae: “I had to call her, like, ‘What the hell is “on fleek”?’”

“I’ve thought about it,” he says. “But for a person like me that bleeds, eats, sleeps and shits music, it’s hard to do. When I go home, I want my actual house to be a vacation. And I might give y’all three new kids from four different women. You know how I do it.” 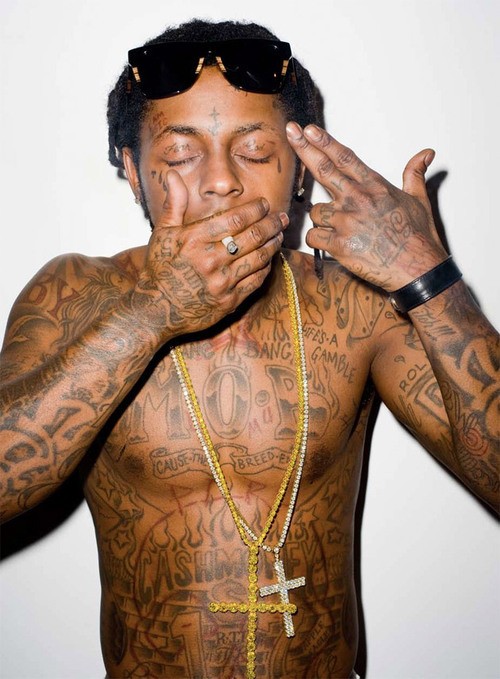