Former Basketball Wives star Evelyn Lozada has settled a nasty lawsuit accusing her of fraud with her ex-fiance Antoine Walker and she paid up $40k to make the entire situation go away.

Evelyn was sued by the trustee of her ex-fiance former NBA star Antoine Walker’s bankruptcy case, who accused the reality star of being sent a series of bank wires by her ex over the years totaling $649,497.56. 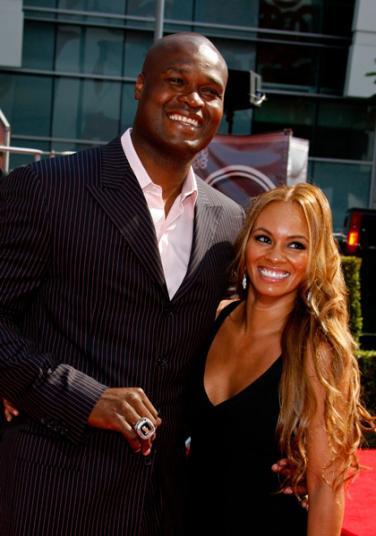 The trustee claimed that Walker knew he was broke and did this in an attempt to defraud the people he owed money to–his creditors. The docs noted that Evelyn started her shoe business Dulce with the money. The lawsuit claimed that Evelyn should have been aware that Walker was deep in debt and that the money shouldn’t have been sent to her but rather to pay off his debt.

Evelyn denied the allegations claiming that she had no idea how financially challeged he was at the time — and had no knowledge of his business deals.

Evelyn recently reached a deal with the trustee where she agreed to pay back a portion of the deal. According to docs, the former reality star and the trustee “engaged in extensive settlement negotiations”. She agreed to pay a total of 40k made in 4 monthly payments of 10k. She was scheduled to pay on Nov, Dec, Jan & the last payment was on Feb 1st.

Hollywood Hook Up: French Montana & Evenlyn Lozada Have Been Secretly Dating & She Confirm’s It !!