An Arkansas Man is Claiming 27 Years Ago Bill Clinton Was The Reason Behind His Birth. Danny Lee Williams Jr is the Son of Bobbie Ann Williams, a Hooker That Former President Then Governor Had Relations With. 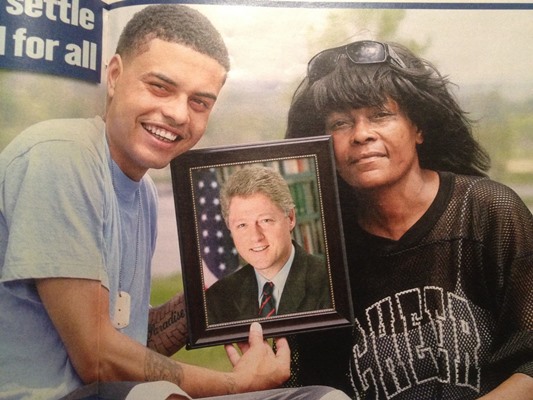 In an Exclusive Interview with Globe Magazine

Danny fears Clinton, 66, who’s battling heart disease and also suffers from Parkinson’s, will pass away before they can meet.

“I read he doesn’t have long to live and I want to meet him face to face before he dies,” says Danny, who lives in Little Rock Ark.

“I just want to shake his hand and say, “Hi Dad,’ before he dies. I’d like to have a relationship with Chelsea, too. She’s my half-sister.”

Danny also wants Clinton to acknowledge and meet his five children, who he says are the former President’s only grandchildren and range in age from 10 years to just 4 months old.