Drake was celebrating his birthday at Club Stadium in Washington D.C. Saturday night/early Sunday … and we don’t know why, but Drizzy was carrying what looked like thousands of bucks.

Some people inside the club claimed they saw someone punch a member of Drake’s crew … which could have triggered his temper.

Drake’s posse was famously involved in a blow-out with Chris Brown’s crew at W.I.P. nightclub in 2012, so it wouldn’t be the first time. 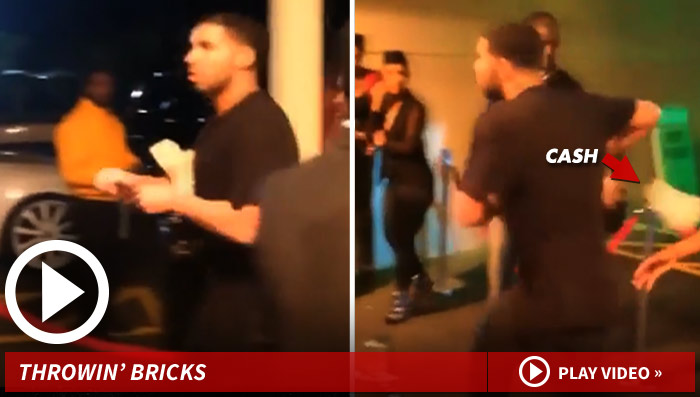