The ongoing saga of Robin Thick’s smash hit “Burred Lines” has finally come to a close, and the courts have ruled that he and Pharrell did indeed steal Marvin Gaye’s iconic “Got To Give It Up” to create the song of 2013. The hit stayed at #1 for 12 weeks…and notably drew the attention of Marvin Gaye’s family. 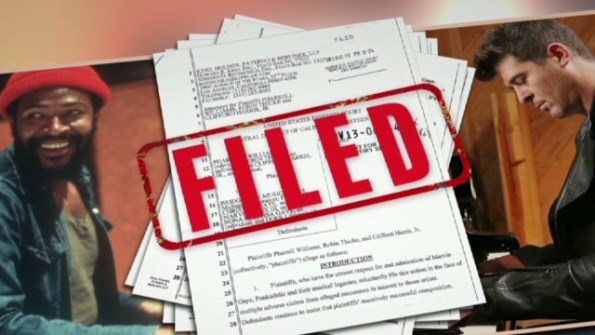 As the song’s writer/singer Robin, and producer Pharrell, must now pay up $7.3 million to Marvin’s family to make up for the copyright infringement on Marvin Gaye’s 1977 hit.

TI was not ruled to be responsible for any copyright violation.

A rep for Pharrell spoke with TMZ an stated that they are reviewing the case and considering additional options, asserting that the song was “created from his heart, mind and soul and the song was not taken from anyone or anywhere else.