Grammy-winning rapper Lil Wayne appears to have a lot more on his mind than paying his debt to the government as reports claim he owes over $12 million in taxes. 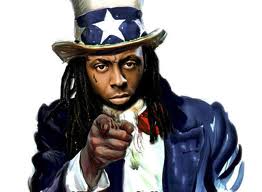 Despite the debt, Wayne is reportedly worth over $100 million.

He’s also had legal issues. In 2012 … Wayne famously lost a case against Quincy Jones’ son after thumbing his nose at the court. A jury socked Wayne for $2.2 mil. Wayne is reportedly worth $135 MILLION. As Weezy says, “You got money and you know it. Take it out your pocket and show it and throw it.” (TMZ)