Cowboys owner Jerry Jones, who also happens to be married, was pictured in some pretty awkward positions with a few groupies. In the photos Jones can be seen with one girl’s face in his crotch area, squeezing another girl’s boobs and a lot more.

The two women in the racy Jerry Jones pics have been all over the Internet … say they had nothing to do with photos getting leaked, or any alleged extortion plot — but they’re now getting legal advice, just in case.

Lindzie (blonde) and Jordan (brunette) — who are strippers in Texas, and they claim to remember very little about the night they partied with Jerry some 5 years ago … because “there was a lot of alcohol involved.”

The photos were tweeted out earlier this week by someone claiming he’s held them to protect Jones from an extortion plot. Lindzie and Jordan say they are unaware of any such plot, and claim the pics were surreptitiously taken by a female friend.

Although they appear to be posing … both women claim they and Jerry had no idea the pics were being taken — and say Jones’ bodyguard would have confiscated the camera if they had a clue.They say they never wanted the photos to go public — so, they’ve retained an attorney to find out how they can have them scrubbed from the Internet.

Lindzie dances at Centerfolds in Houston … while Jordan’s at Cabaret in Ft. Worth — and both say they’re also concerned Jones might try to take legal action against them. 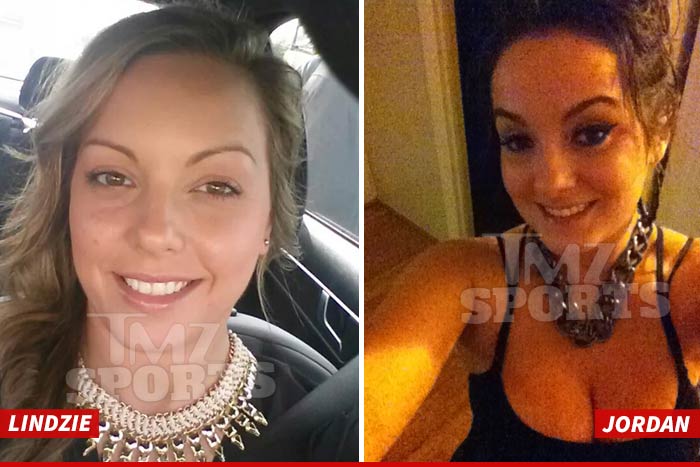