Music mogul Dr. Dre could be sitting on a billion in the near future as reports claim mega technology company Apple is interested in making a bid for Beats By Dre.

Details of the potential mega deal surfaced online Thursday (May 8).

Apple is set to acquire headphone maker and music company Beats Electronics for a reported $3.2 billion. The acquisition could be announced as early as next week, the Financial Times reported, based on people familiar with the negotiations. USA TODAY independently confirmed the deal through a source who is not authorized to speak publicly about it. (USA Today)

The Apple retail stores have been selling the Beats headphones with the “b” logo almost since their invention, and have scored substantial space on the stores’ wall shelving. In fact, according to the privately-held Beats, it has a 51 percent share of the $1 billion premium headphone market (over $100). Beats COO Luke Wood has even claimed the company created the market for premium headphones back in 2008. Some of Beats over-the-ear models are priced at $450, while earphones are priced down to $90. (Forbes) 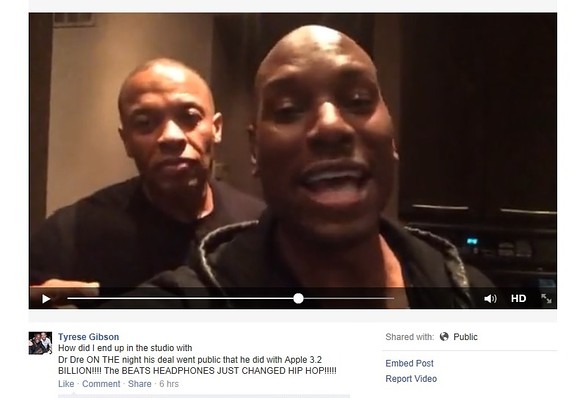