Basketball Wives reality star Evelyn Lozada is engaged to her boyfriend LA Dodgers player Carl Crawford, who also happens to be the father of her unborn child. This afternoon, she announced the engagement on twitter, with a photo of the ring. Baseball Wives coming soon ?? #SpillThaTea

So guess who designed Evelyn’s fancy bling? None other than Jason Arasheben. If his name sounds familiar, it’s because he’s the same jewelry designer who was responsible for Gabrielle Union’s ring (she literally just got engaged a few days ago). According to TMZ, the ring is 14.5 carats and is worth $1.4 MILLION! After sharing a photo of her ring, she tweeted him:

Thank u so much @jasonofbh for this BEAUTIFUL DESIGN!!!! #HappiestGirlInTheWorld ?? 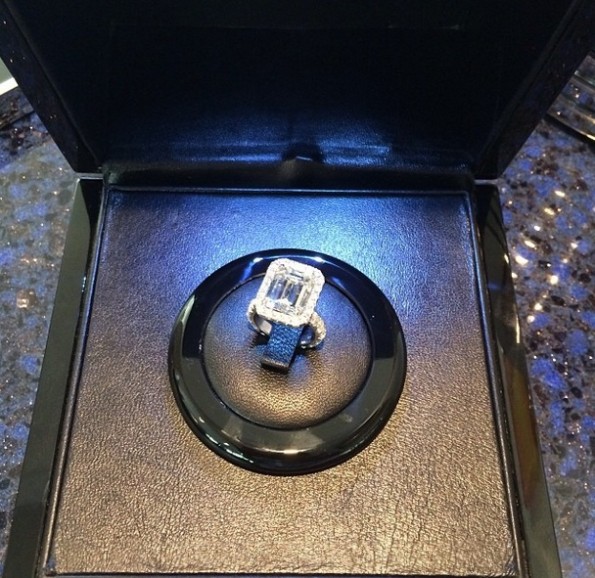