The James house is now officially a party of five! LeBron James’ wife, Savannah Brinson, gave birth to their third child on Oct 22 in Ohio. 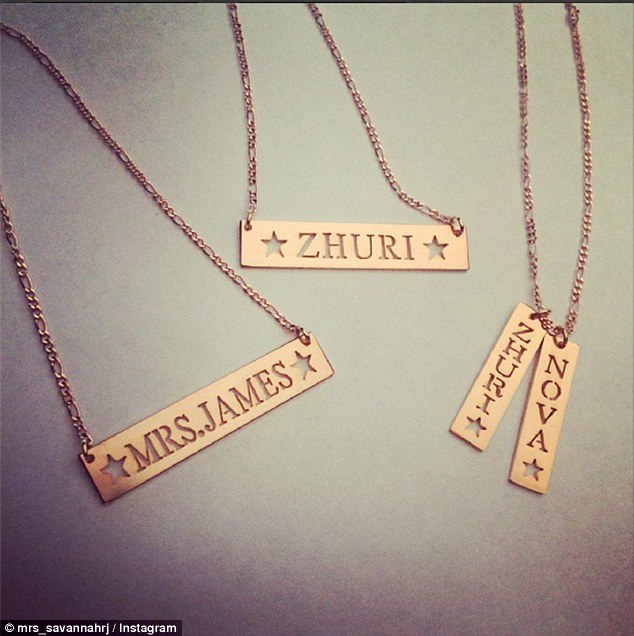 The athlete is already a proud papa to two sons, Bryce Maximus James and LeBron James Jr., and most recently went on a romantic getaway with Brinson shortly before the arrival of their little baby girl.

The basketball superstar shared snapshots from his trip to Greece on his Instagram page, and even revealed what the couple was planning on naming their daughter!

“Mykonos Greece is spectacular! Push gift to my wife @mrs_savannahrj!,” James wrote as the caption to the cute pic of him with his pregnant wife.

The two were seen in front of a beautiful coastal landscape, enjoying the sun and soaking up some well-deserved R&R.

James added, “Zhuri hurry up and get here so your daddy and 2 brothers can annoy you! Lol.”

Brinson and James were high school sweethearts and have known each other since they were young.

James proposed to Brinson on Dec. 31, 2011, at New Year’s Eve party and the duo got married on Sept. 14 of last year in a lavish, star-studded ceremony.