Griner took to Instagram to announce the big news writing, “Last Night was a Night to Remember I became the happiest person on this earth! (almost pass out but when that one word came out I came back to life) Me and my baby @missvol25 are in it for Life!”

The sweet caption was accompanied by a photo of Griner down on one knee proposing to a surprised Johnson. 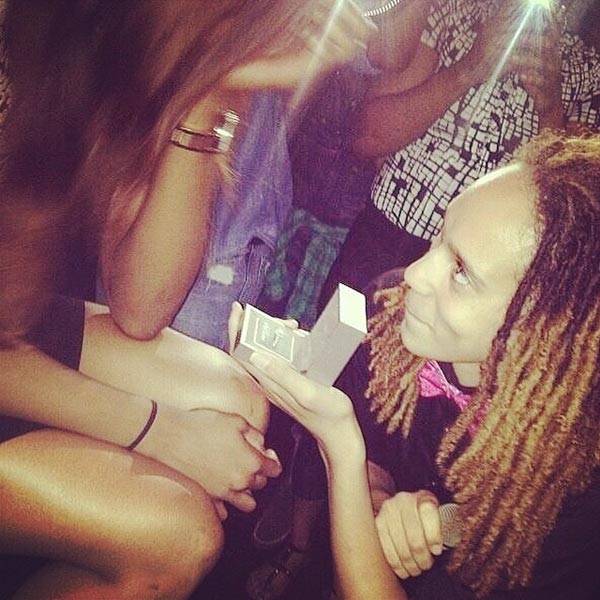 A true example of love and basketball, Griner is a two-time WNBA All-Star for the Phoenix Mercury while Johnson was picked number four overall in the 2012 WNBA draft by the Tulsa Shock.

Griner who came out last year after penning a revealing memoir, In My Skin, has since embraced her role as a prominent gay figure in the female athlete community.

On Friday, the Tulsa Shock player shared a photo of her engagement ring resting on Griner’s back. “What I get to wake up to,” she captioned the image, along with the hashtag “#LoveMakesYouDoTheCraziestThings.”

Congratulations to the happy couple.