French Montana Finalizes Divorce, Set To Pay Ex-Wife $2 Million Settlement Freedom did not come cheaply for French, who ultimately will have to pay a $2million divorce settlement to walk away from his marriage with Nadeen Kharbouch. According to Hollywood Life reports: French Montana, 29, is officially a single man. The rapper has recently ended not one but two relationships in his life. First his break up from Keeping Up With The Kardashians star, Khloe Kardashian and now he and his estranged wife, Dean Kharbouch are over. HollywoodLife.com is the first to report that they settled on Sept. 29 and although it’s done deal, it was totally “amicable.

Although they were living separately and dating other people, they were never able to go through the legal process of officially divorcing because of French’s busy schedule. A source tells that French and Dean “wrapped up the divorce peacefully.” “He was in court on Monday and basically they wrapped up his divorce peacefully,” a source tells us. “They had been together for a long time and they were with each other when neither had money, they had so much in common. They settled peacefully in court in New Jersey … it’s all wrapped up.”

Our insider goes on to tell us that settlement was upwards of $2 million dollars — whoa! 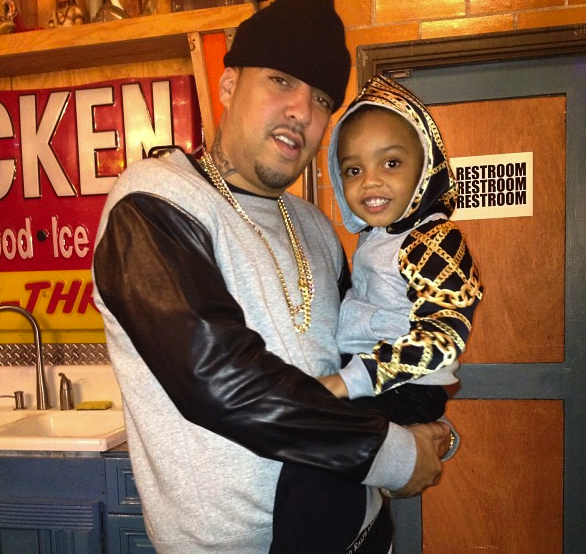 “He will have to pay her a large chunk of his fortune but come on they had a son together while married too.” Our insider also tells us that he and Khloe are on “good terms” and still “buds.”