Mo’Nique is moving on following the admission that she was “blackballed” from Hollywood after she won an Oscar for the movie Precious. 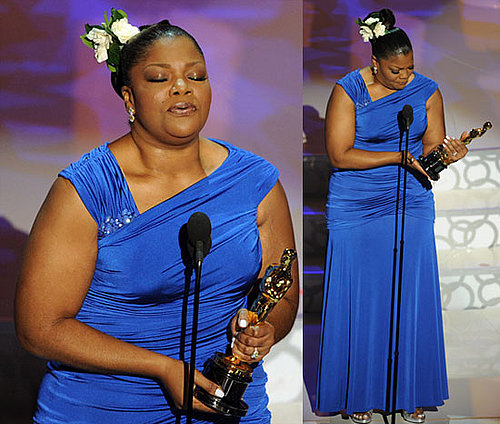 “To stand up for what you want, I couldn’t do that any differently, I stood up for Gabourey Sidibe who they wanted to fly coach to France…I’ll never stop standing up for that,” Mo’Nique told INSIDE EDITION. The 47-year-old is now forging her own path with a standup comedy career around the country and she’s acting in and producing an independent movie, “Blackbird

We recently reported that few years ago Mo’Nique was riding high with a successful daytime talk show and an Oscar win under her belt, but in a recent interview with The Hollywood Reporter she reveals that she hasn’t had the easiest time getting roles since her win.

“During the [Oscar] campaign, she was making unreasonable demands, and I remember thinking ‘this is when reverse racism happens.

“I think that there were demands that were made on the ‘Precious’ campaign that everyone knows hurt her. I told her that. You’ve gotta play ball. This is not just show — it is show business.