After telling the world and his moma on national television he’s in love with a hot girl (aka Christina Milian) She can’t even come to his family functions, wonder how long this will last !? #SpillThaTea

It’s no secret that Lil Wayne’s oldest child, Reginae Carter is no fan of Christina Milian’s, so it came as no big surprise when she didn’t attend her Sweet Sixteen birthday event over the weekend.

There was even a rumor that C-Milli was turned away by Toya at the party, but Christina took to social media and explained she was nowhere near the festivities in Atlanta, preferring to remain in Los Angeles with her daughter Violet. Turns out that was probably for the best since Wayne showed up to the party with longtime fianceé Dhea Sodano, who was even flossing her RING at the event. 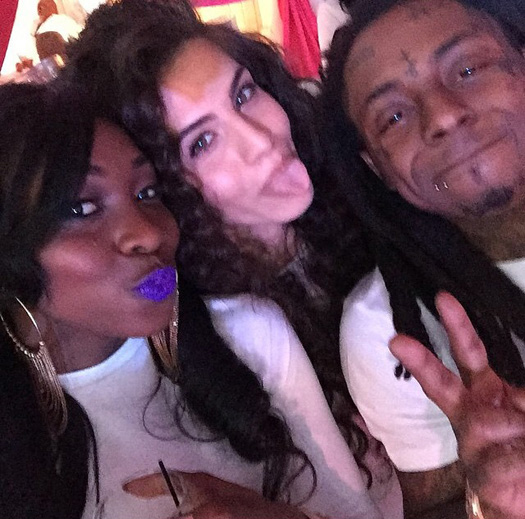