Though Nicki Minaj never publicly claimed her significant other, Safaree Samuels, a bunch of clues hint that the suspected former couple are no longer on good terms

Nicki Minaj has a message for her ex … if you didn’t wanna be a superstar so damn bad, you’d still be sleeping in my bed. Sources connected with the former couple tell TMZ … Nicki cut the relationship off — after 14 years — because he became uncontrollably jealous of her success … success he wanted for himself.

We’re told Nicki and Safaree had an arrangement — she’s the breadwinner and he’s the backup singer/hype man/personal assistant. But we’re told Safaree was getting sick of being in the background and had become increasingly hostile … an emotion she reciprocated.

The first inkling that something was amiss happened when Safaree was mysteriously absent from Nicki Minaj’s trip to Paris to perform with Beyonce for the grand finale of the On the Run Tour.

Then, in the weeks that followed, Safaree began casually blocking fans who asked if he and Nicki were still together.

Finally, TMZ caught ScafBeezy with his shirt off this week and it appears Nicki’s no.1 hype man has covered the tattoo of Nicki’s face on his right pec, her name on his left pec and may be in the middle of a laser removal of Nicki’s face from his right forearm 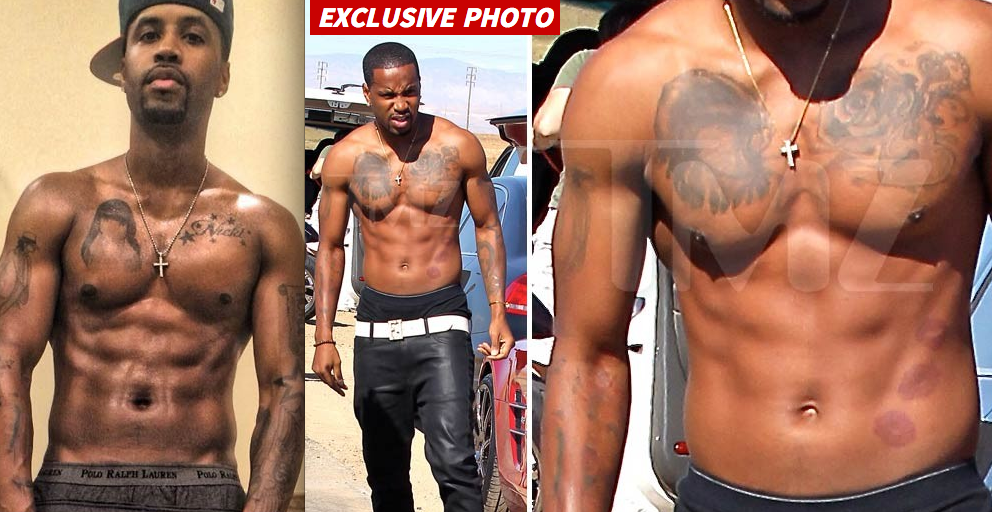