Dwight Howard was under investigation for child abuse and gave precisely the same excuse Adrian Peterson used, but it appears in this case authorities found Howard did not break the law.

Law enforcement sources tell TMZ Sports … Howard’s baby mama Royce Reed went to Children’s Services in the Orlando, FL area in August and complained he had whipped their 6-year-old son Braylon with a belt, leaving bruises and abrasions on his leg.

We’re told the case worker sent the former “Basketball Wives” cast member to a nearby medical facility to evaluate the boy and document the injuries.

Authorities interviewed Howard and he confessed to the belting, but said he didn’t realize there was anything wrong with it because he was disciplined the same way as a kid. Howard’s lawyer filed legal docs claiming he never caused marks, bruises, welts or injuries requiring medical treatment.

Sources connected to Howard tell TMZ … Children’s Services closed out the case after determining the injuries depicted in the photos were not caused by a belting. In other words … whatever Howard did was not that serious.

And there’s this twist … Howard filed legal docs Wednesday and he’s gunning for full custody, claiming Reed is a shockingly unfit mother who gives the kid psychotropic drugs just so she can have a “chemical babysitter.”

Howard’s rep tells TMZ, authorities found the allegations “frivolous,” adding, “It’s no coincidence that these false allegations were ‘leaked’ on the heels of Dwight filing for major custody of his son.”

The rep adds, “It is troubling to see a mother use her son as a pawn against his father,” and that Dwight will do “whatever is necessary to protect [the child’s] welfare and best interests.” 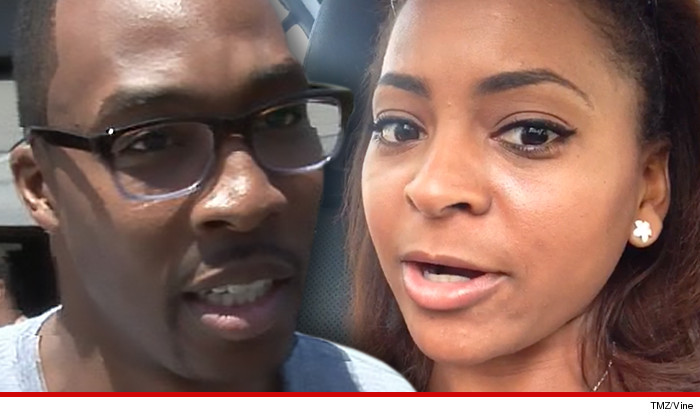