Stevie claims she’s hooked up with not just one but several rappers. He tells us he found out 2 days ago and says he had overwhelming proof … enough for him to dump her.

Joseline is off the radar … nowhere to be found. We’ve tried calling her for a response but she’s gone radio silent.

It’s a sudden turn, last week our photog got them leaving an L.A. restaurant hand-in-hand. And just last Saturday he serenaded her at an Inglewood club , proclaiming his love for her.

Last night Stevie J was interacting with his fans on social media and admitted that his one bad habit was loving
people who hurt him, said his one regret was ever trusting a woman, told another follower who referred to Joseline as his Puerto Rican Princess that ‘he didn’t have one of those,’ and said instead of being heartbroken he was blessed. 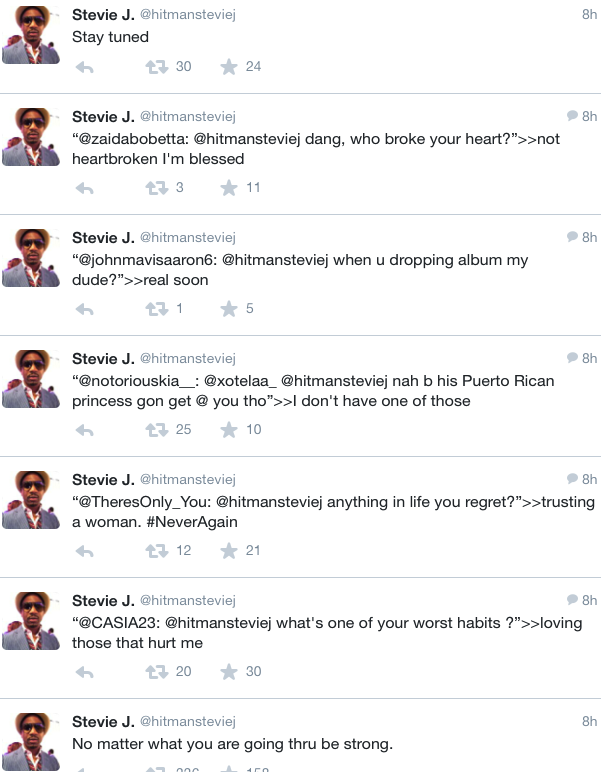 Took her from the strip club & off her back & she sleeps on me with over 30 dudes even gay men. #staytuned

If I got aids everybody gone got it

And I fuck nelly at the 4 seasons

Bitch nigga n I flew to canada and fuc drake

Dis what I do nigga fuc u pic.twitter.com/2SH0V788Jy

N I fuc sum a yo niggas fuc boi