Known for being the ex wife and 1st baby mama to rapper Lil Wayne, Toya Wright recently put singer K.Michelle on blast for ruining her marriage with Memphitz. The reality star recently chatted with NecoleBitchie and said the claims that he was an abuser had a huge toll on their marriage…

The current status of me and my husband [is] we are separated at the moment. And, we’re just- everybody has their marital issues. And right now, you know, we’re separated.

I mean, what is going on with my husband, like I said when I spoke on it, is it’s bigger than me. Mickey has been going through something for the last few years since the whole lawsuit thing against his ex [K. Michelle] and Viacom and it really took a toll on him and it caused him to be a different person. So I think that, going through all of those things, and having all of that stress and the world looking at you one way as a “woman beater” and person that steals someone’s money, it’s hard for you to get back into your industry when you had a career and not a job and somebody defames your character. I mean, it’s a lot to deal with day to day.

And I watched it. I went through it with him for three years. And I’ve been to counseling with him and you know all types of things or whatever so he can get back strong. It’s a lot for him, that’s on him and choosing to live our marriage publicly, everybody has an opinion, and when somebody has the bigger platform to share their story and the other person doesn’t, it kind of gets one sided. 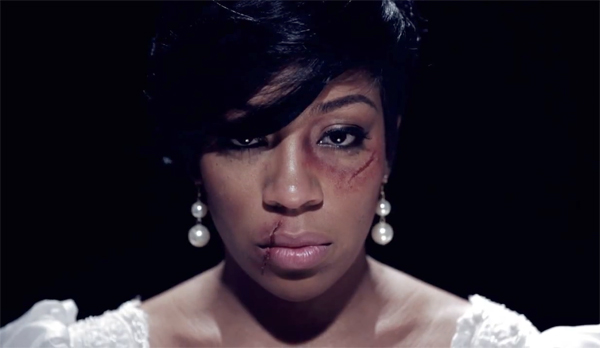