We’ve been hearing these rumors for a minute but now there’s a photo of Jamie Foxx and Katie Holmes holding hands. Does that mean they’re ready to go public? 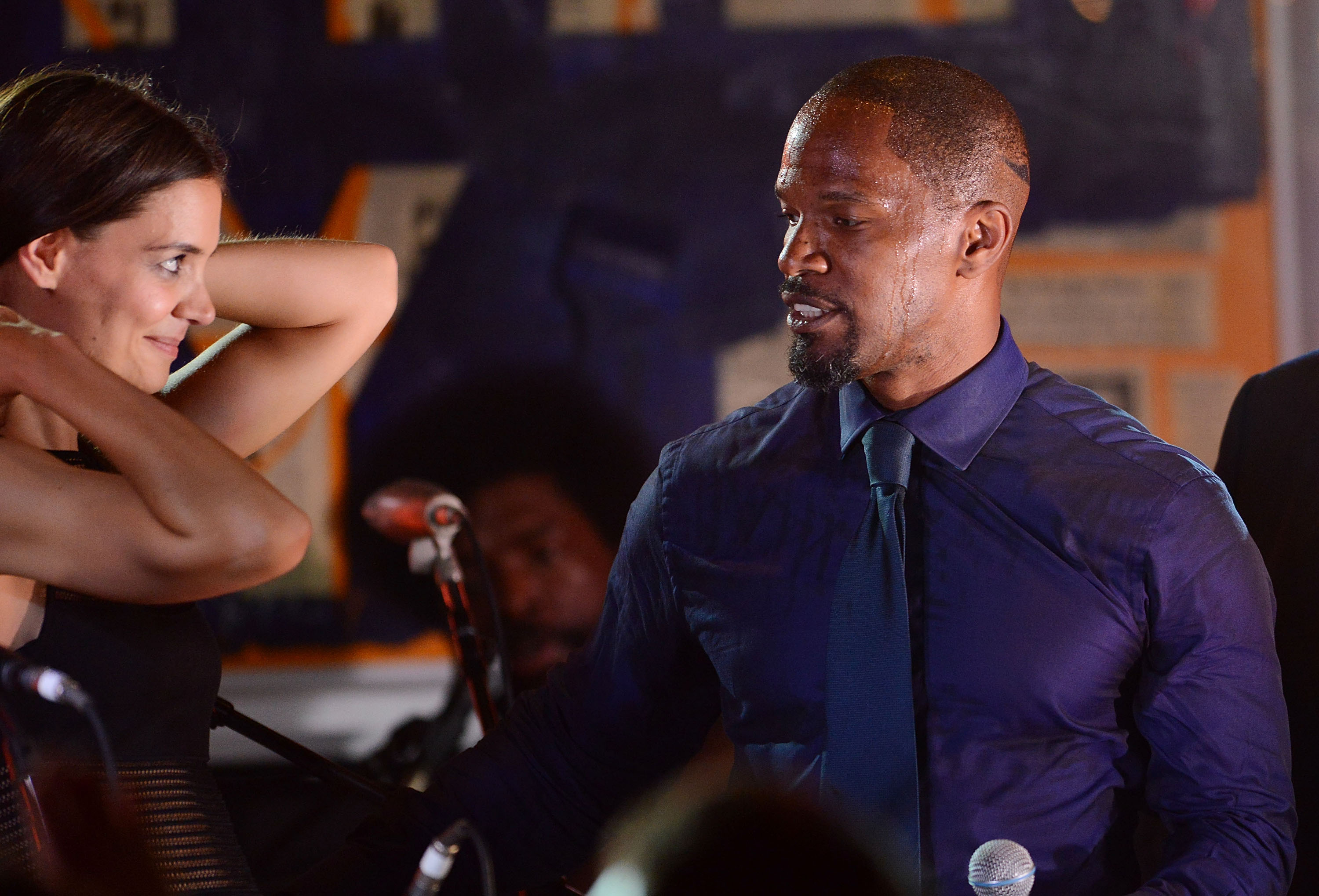 According to US Weekly reports:

As the ex-wife of A-lister Tom Cruise, Katie Holmes was once half of one of Hollywood’s highest-profile couples. For the past year-and-a-half, though — since Us Weekly broke news of their initial tryst in October 2013 — she’s been hooking up on the DL with none other than Jamie Foxx. And only Us has an exclusive first photo of them holding hands and getting their flirt on with a little game of footsie!

The picture, taken in February, offers a rare glimpse into the couple’s undercover flirtation. As detailed in the new issue of Us Weekly, the Woman in Gold actress, 36, has been secretly spending time with the Annie star, 47, since the summer before last, when he wooed her at a benefit in the Hamptons.

What started as a fling, however, has since become a long-term attraction.

“Jamie is someone she can trust and have fun with,” a mutual pal tells Us of Holmes, who shares 8-year-old daughter Suri with ex-hubby Cruise, to whom she was married from 2006 to 2012. “She’s getting everything from Jamie that she didn’t get with Tom.”

Foxx, for his part, is equally taken with the Dawson’s Creek alum. According to one insider, he even refers to her using the term of endearment “my girl” — as in, “My girl is calling.”

For much more on their undercover romance — including exclusive details on their at-home date nights, what their kids know, and how he “cut his roster” of ladies to make her a priority — pick up the new issue of Us Weekly, out now!

Hollywood Hook Up: Nas Moves on From Nicki Minaj After Taking Actress Tasha Smith On A Date