Katy Perry’s got an unlikely new BF — rapper Riff Raff — at least that’s on Riff Raff’s wish list … because he’s SMITTEN after the two went on a date last week. 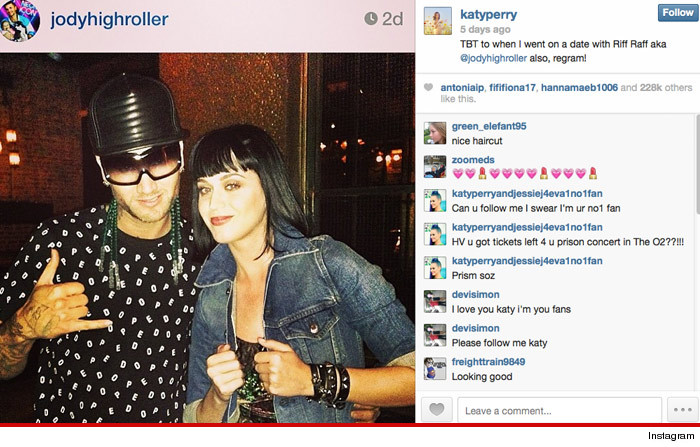 Raff was out in Miami Tuesday when we asked about his date with the “Dark Horse” singer — Raff says he took Katy out for the Holy Trinity … sushi, bowling, and drinks … and he had a blast.