Bail for Suge Knight has reportedly been set at $75,000, according to Page Six.

Knight is being held in Las Vegas, where he was arrested with Katt Williams last week on felony robbery charges stemming from a September 5 incident where they allegedly stole a female photographer’s camera in Beverly Hills.

Knight surrendered in Los Angeles after being released from a Las Vegas jail. He was given priority booking.

Suge Knight was in the hospital after two incidents he suffered while he was incarcerated this weekend after the former Death Row Records executive passed out while being taken to the medical ward and fainted a second time while undergoing an X-ray.

Knight also reportedly has a blood clot in his lung. He had been on blood thinners since being shot in West Hollywood, California August 24 while attending a nightclub. TMZ’s sources says that Knight had been been unable to take them while incarcerated, which may have caused the blood clot. 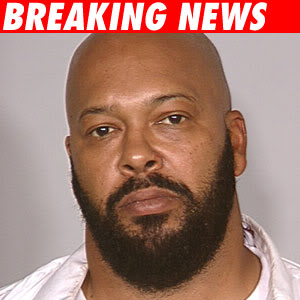