In a recent trend of the law helping artists deal with their anger, Kanye West was sentenced to two years probation for his July 2013 assault of photographer Daniel Ramos. The two years probation includes 250 hours of community service and thirty days of anger management.

West was also sentenced to one day in jail but soureces say he will not step behind bars and will reportedly be booked and released immediately after.

This sentence is the result of West pleading no contest to misdemeanor battery after initially pleading not guilty back in November of 2013. 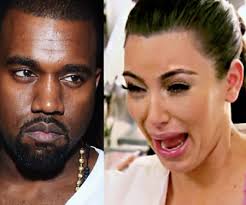