Keeping Up With The Smith’s: After Earth MOVIE in Theatres 05/31

Will Smith and Son Jayden Smith Team Up in Another Father-son Block-Buster Film. After Earth Premired in London Early This Week, & In Theatres For The United States Today May 31st 2013.

The plot of “After Earth” is set thousands of years in the future. Human beings no longer live on Earth, which is now considered uninhabitable. Unfortunately, for father-and-son duo Cypher and Kitai Raige (the Smiths), they end up on Earth after their spaceship crash lands. Father Cypher is the gruff leader of a group of Jedi-like warriors who protect humanity from a hostile universe. He has a prickly relationship with his young son Kitai, who he sees as impulsive and irresponsible

Gotta Love Keeping Up With The Smith’s !! 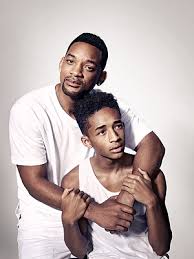