We expected Tyga to go on a profanity-laced tirade after his ex, Blac Chyna put his texts to her on Instagram for the world to see — but instead he’s taking a low-key approach … at least for now.

Blac Chyna posting the texts was her going nuclear in her war with Kylie Jenner — but Tyga is clearly a casualty too. In the messages, Tyga (who is apparently “Kings Father” in BC’s phone) begs, “Can I just come for a lil. Just us 3. Do something or spend a lil time.”

The direct shot at Kylie comes when he allegedly tells BC he wants “to be a family again” — and adds, “Want to start this friendship. Relationship.” 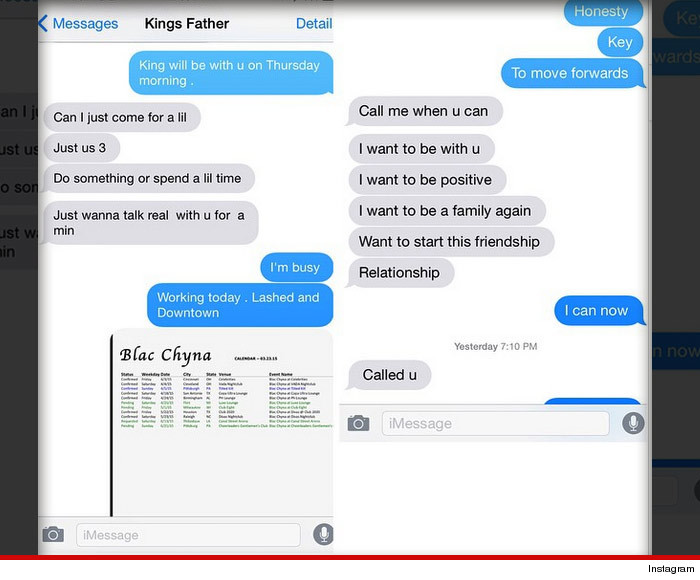 Tyga responded early Friday morning, writing, “Focus on what’s real in life. And surround yourself with people that you really care about.its simple.”

Not sure how long cooler heads will prevail in this mess.