The New York Post reported Tuesday on excerpts of a new book that claims former president Bill Clinton has a “mistress” the Secret Service has unofficially dubbed “Energizer.”

The co-hosts of The View chewed on that subject with Jenny McCarthy floating the idea that maybe Bill and his wife Hillary “have an arrangement.”

“It doesn’t matter whether you believe it (the Post report) because it’s been put out into the ether,” co-host Whoopi Goldberg said. “Once you put it out there, it’s out there.”

Sherri Shepherd, another co-host, was skepitcal of the report, saying Bill “always seems to be so in love with his wife” when they’re seen together.

“Well, maybe he has his girlfriends and she has her girlfriends,” McCarthy said with a grin. “You never know. Maybe they have an arrangement.” Regardless of the veracity of the report, Whoopi said, “You can’t get between” the Clintons. 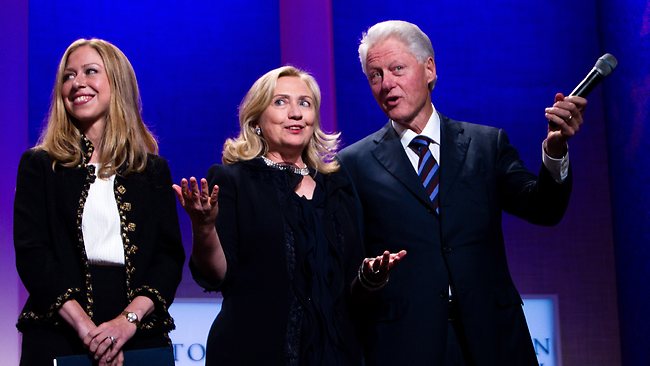