Lesbian Relationship or Nah: LHHATL MiMi Faust New Girlfriend Chris Talks About Being A Man & A Touch Me Not

On Monday’s episode of “Love & Hip Hop Atlanta” viewers found out the truth about Mimi Faust’s “girlfriend” Chris.Chris identifies as “a male in a female vessel” and therefore he and Mimi don’t consider their relationship a lesbian one.
Chris has since chatted with VH1 about his identity and he calls himself “genderqueer.” 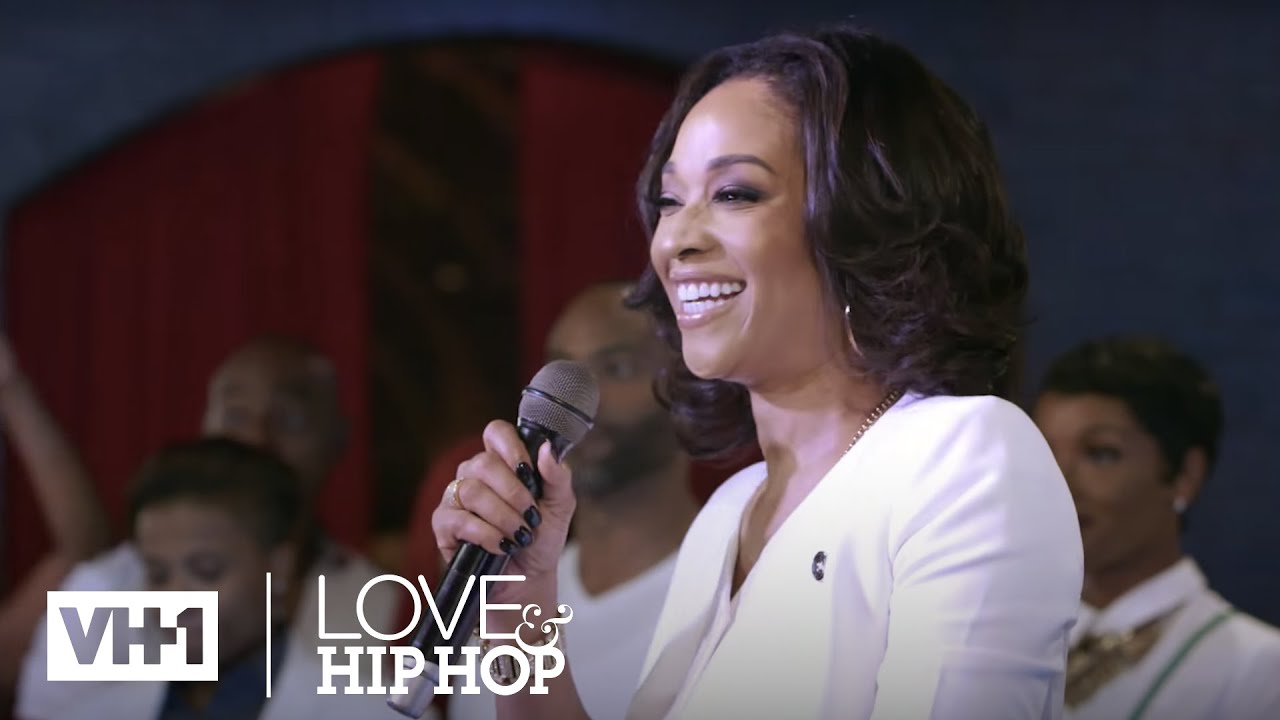 You say you and Mimi aren’t in a lesbian relationship but do you feel apart of the LGBT community?

“Right, and that’s the beautiful thing about the gay community. It’s like they will build a tent to put you into it. I would call myself genderqueer. The reason why I wanted to label the heterosexual-ness of our relationship is because people tend to confuse gender-identity with sexuality and I wanted to make it clear that I identify as masculine and I’m only attracted to feminine women.
I like to, as closely as possible engage in heterosexual activities, if you get my drift. In that respect it’s kinda like you’re trying to make somebody understand something and put it in a box so they can go, “Oh, okay, that makes sense. I get it.”

Chris also explained why he identifies as a “Touch-Me-Not.” According to Chris during sex he doesn’t like his biologically female parts to be fondled, so he prefers not to be touched. 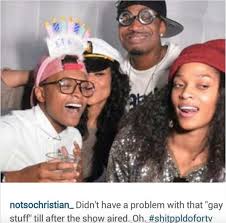 Can you explain the word “touch-me-not”? I feel like that’s going to raise some questions with viewers.
I actually am going to hate that word. Again, it’s like trying to make somebody who’s never seen the moon, see what the moon is. I want you to understand I’m not somebody who wants, [and] this is specific to me, be touched in areas that will remind me mentally that I am biologically female because for me, one of the few moments, I’m able to kinda of exhibit my masculinity is sexually. I wish I would have chosen a better term.

Does being a “touch-me-not” allow for a fulfilling sex life for you?
I will agree if anybody else is like me they’re probably just as sexually frustrated as I am. I can tell you that there is a level of mental satisfaction to it. It’s a mental thing. Physically, I don’t know. Being in a place for so long, I don’t know another way.

Via VH1:
On Mimi pursuing Chris first:
When it comes to women, no woman is straight. [Laughs] I’m joking. She came on to me so I wasn’t the one pursuing the situation. Somebody came on to me, I found them attractive. Yeah, you worry like if she sees a dude, like is she going to go back to what’s naturally there for her but at the same time you have to be confident with what you’re offering. I know when we first started she was all about me. She didn’t even give me room to have those kinds of concerns.
On Ariane Davis calling Chris Christina:
Ariane knew of my gender identity prior so I think the bulk of that was disrespect. In Ariane’s eyes I’m too feminine to be anything else. She thinks I might look too pretty or that I might be to sensitive or I might not sound [like a man,] or I might not look [enough like a man,] so although she is a part of the gay community she’s kind of victim to heterosexual standards.

If you look at Ariane’s personality, she’s an aggressive. So counter-actively, I could be disrespectful and refer to her as “Aaron” from now on because she has masculine traits. I’m not here for that but I do think that the root of it is disrespect and it’s a person’s perception of you.