It’s safe to say that Lifetime was shaking the tables last night!

Whether or not you decided to tune into Lifetime’s ‘Aaliyah: The Princess of R&B’ 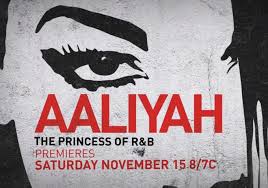 From the jump, the movie had a number of things working against it. For one, production got no support from family or industry insiders who worked closely with the late singer, so fans were already skeptical on the movie’s accuracy. Two, Aaliyah’s estate would not clear her music and none of it made it to the film. And three, no one from the cast remotely resembled any of the main characters in real life.

One thing is for certain, Aaliyah fans and friends were not here for the her Lifetime Network biopic. Timbaland alone posted over 20 meme’s and videos expressing his disgust for the movie. Fans started a #LifetimeBeLike trend, creating some off the wall side-by-side comparisons mocking the casting director’s casting skills.

Catch a few celeb reactions, plus Alexandra Shipp’s statement on the film below + Full Movie

A lot of people keep asking me if I’m watching that bullsh-t. Evidently, not. No way. Not Timbo.

Christina Milian: These #AaliyahMovie posts are killing me… Omg I’m on a plane but I think I know what not to watch. Don’t ruin #Aaliyahs story!? Love her.

okay 4 u sensitive quick 2 hate people. i was simply saying that from what i see.. people don’t like it. Don’t ruin a legendary story. BYE! Respect to the #Aaliyah family. As she and they deserve.

Missy: My prayers go to [Aaliyah’s brother Rashad] & ma Diane to lose a sister & daughter then father they been thru so much [crying emoji]

Instead of hate, let’s focus on sending that love and respect I’m speaking of to the Haughton family…in our prayers and hearts

Charlamagne Tha God: Woke up this morning thinking the Aaliyah movie was a bad dream……..Whitney movie should be on the big screen. Lifetime definitely going to f-ck that up.

Vh1: The #AaliyahMovie should’ve never been made

Sensing the backlash, Alexandra Shipp, the actress who played Aaliyah, went on the defense via her Instagram.

When watching my film tonight, know that I am human. Know that your words and your opinions are your own and that you may think you know, but until we speak face 2 face, you’ll never truly know who I am. That’s ok. I can’t wait to meet each and every one of my fans one day. Because I’m a fan of them too! I work hard, I put all my effort into whatever I do. At the end of the day I’m just a normal girl who got the opportunity of a lifetime and wouldn’t let that go for anything or anyone. Because that’s what dreams are: they’re YOURS. I’m following mine. I encourage and support EVERYONE in doing that for themselves. Because God put this role in my lap, I believe that, and I wasn’t going to throw a gift like that away. Y’all can hate, y’all can debate, but one thing the critics won’t do is win. God bless and please watch my movie #aaliyah #aaliyahmovie #aaliyahbiopic #aaliyahprincessofrandb