According To USA TODAY:

The meeting between Jimmy Simmons, president of the Casper NAACP, and John Abarr, a KKK organizer from Great Falls, Mont., took place at a hotel in Casper, Wyo., under tight security, theCasper Star-Tribune reported.

Abarr told The Associated Press that he met with Simmons Saturday and ended up filling out an NAACP membership form so he can get the group’s newsletters and some insight into its views. He said he paid the $30 fee to join, plus a $20 donation

Membership was not offered to the NAACP to join The Klux Klux Klan, Stating “You Have To Be White To Join The Klan”

After The Meeting Abarr Reported: “I don’t know if we accomplished too much,” Abarr said. “We’re not about violence. We’re about being proud to be white.”

After The Meeting Simmons Reported: “It’s about opening dialogue with a group that claims they’re trying to reform themselves from violence,” Simmons said in a telephone interview Tuesday, saying the meeting went well. “They’re trying to shed that violent skin, but it seems like they’re just changing the packaging.” 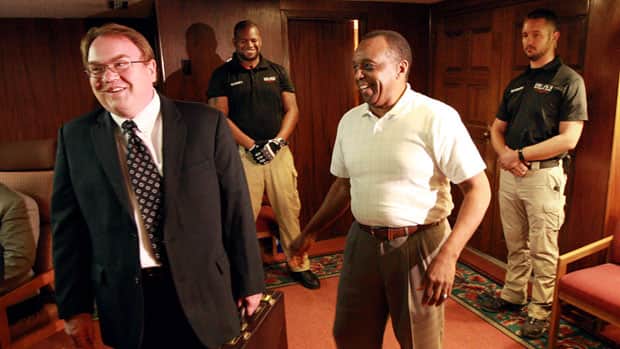