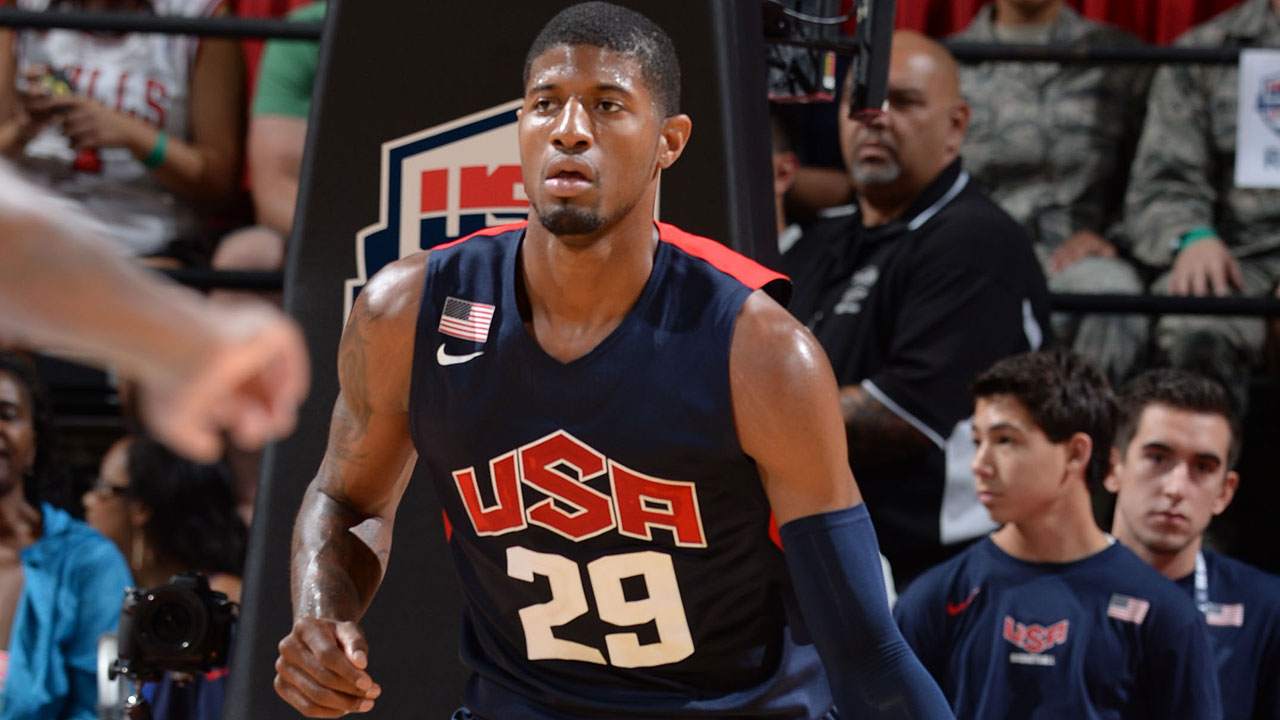 George leaped to contest a fast-break layup by James Harden with 9:33 left in the fourth quarter and his leg smashed against the bottom of the backboard stanchion and crumpled.

Trainers immediately ran onto the floor and after roughly 10 minutes of stoppage, George was taken out of the arena on a stretcher. With players looking visibly upset, coach Mike Krzyzewski then announced to the crowd that the scrimmage would not be finished out of respect to George and his family.

“There’s no way the game could have gone on under the circumstances,” USA Basketball chairman Jerry Colangelo said.

Over the past couple of seasons George had blossomed into an NBA superstar. It was a safe bet that he would have eventually made Team USA’s 12-man roster and probably would have been a starter. The team will play at the World Cup of Basketball in Spain in late July.

Early speculation is that it will take George at least a year to recover from his injury.

Footage of the play is below, but be warned it is very graphic.