Blac Chyna and Rob Kardashian are banging … or at least, spending enough time together that they should be.
BC posted a photo early Monday morning with some guy’s heavily tattooed arm around her and she captioned it, “The beginning.” 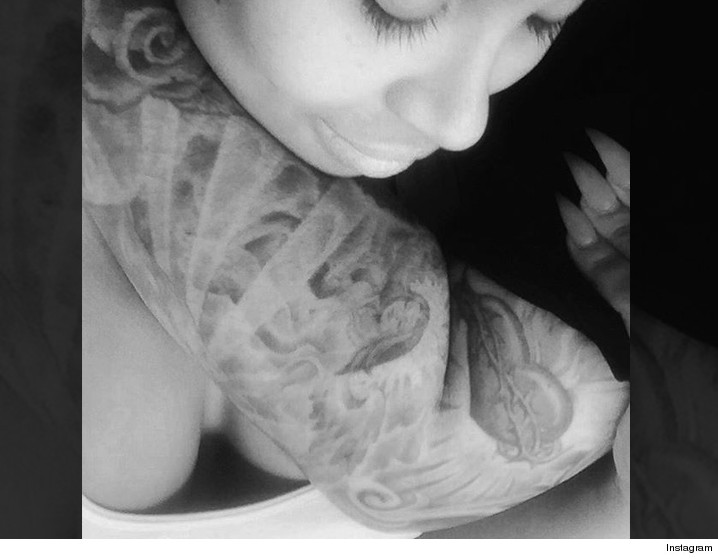 Sources close to both of them tell us … Rob and Chyna have been together almost non-stop for several days. She used to live next to Kris Jenner’s house, but we’re told they never hung out back then — so this is an all new hook up.

Chyna — who was previously close friends with Kim Kardashian — used to date Tyga, 26. The two broke up in 2014, and the rapper went on to date Rob’s youngest sister, Kylie Jenner. What a tangled web!

It also turns out that Blac Chyna is doing double duty with Rob Kardashian. In addition to being his cutty buddy she’s also his workout buddy according to a source for TMZ who calls their relationship a playful one and has revealed that Chyna intro’d Rob to her trainer about a month ago and they’ve been having “intense workouts” together.

Well at least there is a positive to all this drama riiiiight?

Rob added fuel to the fire by reposting a meme on Instagram that featured a paparazzi pic of Chyna carrying a car seat along with the caption, “Blac Chyna probably out shopping rite now as she plan to give birth to the only next generation of the Kardashian Name! #BabyKardashian.”

Wow. Seems like Rob definitely hates his family. First he distance himself from them now dating the family rival?