Police are rushing to Lil Wayne’s Miami Beach mansion after someone called the cops and said they intended to start a firefight with officers. The person claimed 4 people had already been shot. 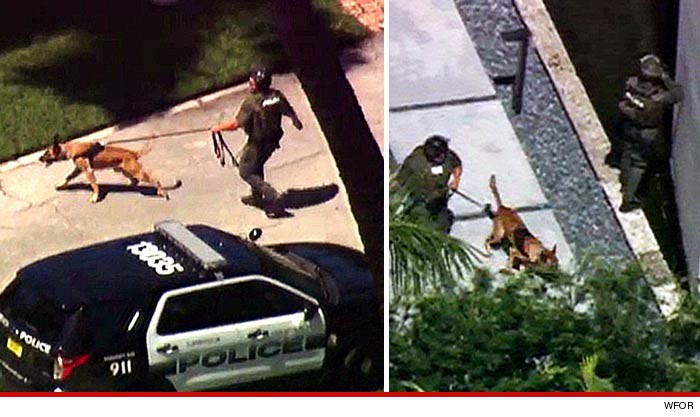 Miami PD raced to the home on ritzy La Gorce Island … and have set up a perimeter.

The bizarre report comes 11 days after police raced to the home to check on a report of a suspicious person lurking outside the home. Cops let the guy go because when they arrived he was on public property.

As for today’s incident … we’re told Wayne is in Miami but is not at home.

Police now believe this might be a case of “swatting” … where someone places a prank emergency call in order to prompt a full force response from cops.

Wayne’s manager Cortez Bryant issued a statement to XXL. “Wayne was never home, he was in the studio working. It was a prank call to the police on the 911 line that alerted them to go to the property. I allowed them access in and they found the house empty. All is good.”