While Justin Timberlake and Jessica Biel might want to raise their newborn baby away from the prying eyes and cameras of the paparazzi, that doesn’t mean the proud parents can resist showing off their adorable bundle of joy on Instagram.

On Sunday, Justin snapped this super sweet photo of Jessica cradling their baby boy Silas Randall, who was decked out in a cute baby-sized Memphis Grizzlies shirt. J.T. — a Memphis native — is such a big Grizzlies fan himself that he’s a minority owner of the team. 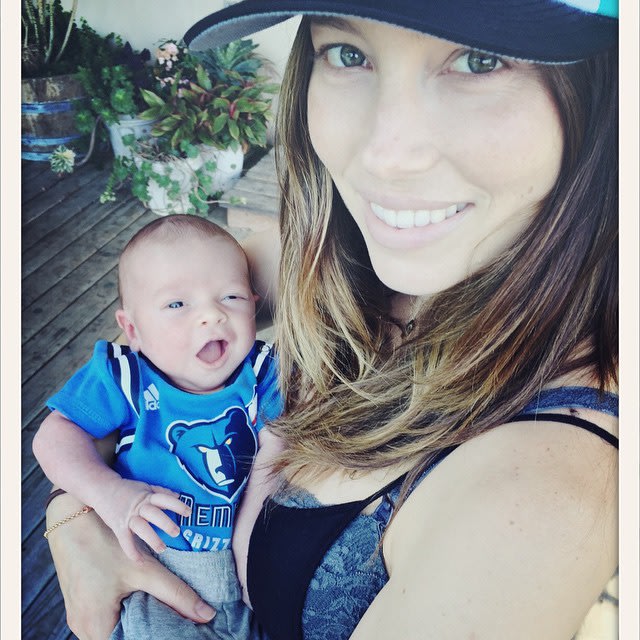 Justin and Jessica, who tied the knot in October 2012 in Fasano, Italy, welcomed Silas earlier this month.

Biel has already shown that she’s a hands-on mom, reportedly skipping the premiere of her latest film, Bleeding Heart, at the Tribeca Film Festival on Thursday to take care of her son.

This is the couple’s first child, which he called “the greatest gift ever” in an Instagram pic just a few months ago.