For the first time in weeks, Donald Sterling will finally be heard by the masses on audio not secretly recorded. According to Anderson Cooper, Sterling will make his “first and only interview”.

Yes, Donald Sterling offered an apology of some sort in there. But he also dug himself into a deeper hole by relating Magic Johnson’s HIV status to poor character and influence in the black community, claiming that the NBA owners and players still like him and reminding us over and over again that he isn’t a racist. He even “cried” a little… Donald Sterling — Blasts Magic for ‘Having AIDS’ … ‘He Should Be Ashamed’ 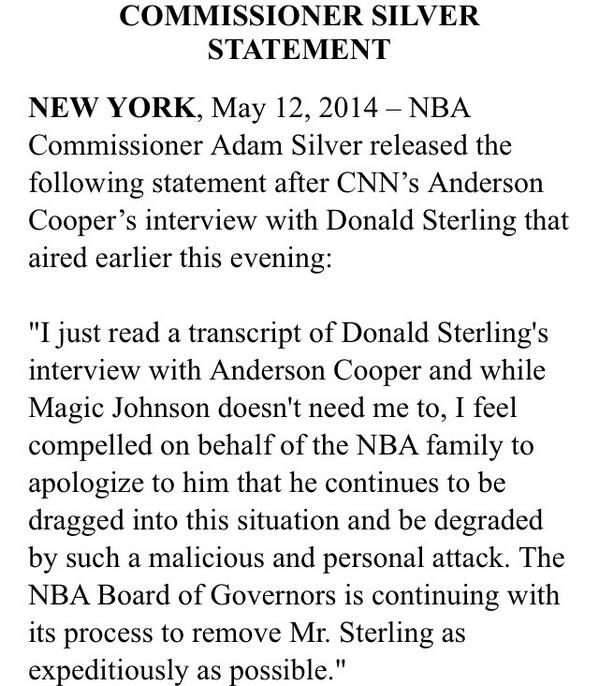