Buzz behind CiCi possibly expecting a child in the near future have come courtesy of a recent New York City outing.

Ciara has made no secret of her love for boo Future. Now the power couple has sparked pregnancy rumors after Cici’s latest performance, but they aren’t the first celebrity couple to fall victim to this. The YBF reports that the pregnancy speculations stem from Ciara looking a bit thicker after the 9th Annual Paper Magazine Nightlife Awards at Marquee in NYC. Ciara herself posted an Instagram photo of her look, which included a baggy, leather Anthony Vaccarello top. The YBF doesn’t believe the rumors and points that the singer’s outfit and pose may have inspired the pregnancy talk in the first place. (RapFix) 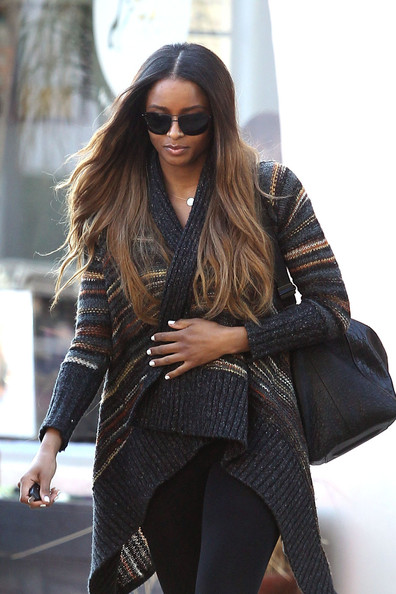 Paper magazine held a party at NYC’s Marque nightclub on Thursday evening (Oct. 17). The major rumor behind-the-scenes during the event was that Ciara is indeed pregnant. This according to her style team… members attempted to dress Ciara in a way that would “hide” her growing baby bump. I don’t know about this one guys. I’ll have to see it to believe it. #SpillThaTea