Adrien Broner has been one of the most prolific boxing talents in the world. Often compared to Floyd Mayweather for his flashy style in and out the ring. December 14th Broner is nicknamed “The Problem,” faced off against Maidana (35-3) had the answer with power that the three-time undefeated world champion had never faced before, his 1st lost. 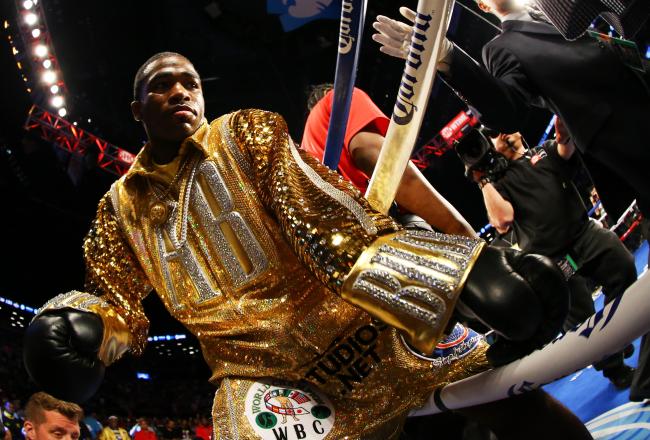 Marcos Maidana overpowered heavily favored Adrien Broner to take the WBA welterweight championship, knocking him down twice in a unanimous decision Saturday night at the Alamodome.

The target of heavy trash talking leading up to the fight, Maidana was dominant in handing the brash Broner his first loss in 28 bouts. After the judges’ scores of 115-110, 116-109 and 117-109 were announced in favor of the Argentine star, Broner ran out of the ring.   “I had to show a lot of heart to win this fight,” Maidana said. “I did what I had to do to win.”

Carried away in daze, Adrien still left with last words. “I’ll tell you one thing, make a rematch,” Broner said. “I don’t need a warm-up fight. I want a rematch”