The latest TP production is “The Single Mom’s Club,” a story about five single suburban mothers who start a support group for women like themselves after being brought together by an incident at their children’s schools. And they, of course, find love in the process. The movie will star our girl Nia Long alongside Wendi McLendon-Covey, Zulay Henao, Amy Smart, and Cocoa Brown. And the film’s leading men include Nia’s “The Best Man Holiday” boo Eddie Cibrian, William Levy, Terry Crews, Ryan Eggold, and, as expected, Tyler Perry himself who will be Nia’s love interest.

It goes without saying that Tyler Perry wrote, directed, and produced the film, which will hit theaters some time in 2014, and from looking at the first trailer for the movie I think we can all agree it screams “Tyler Perry.” Whether that’s a good or a bad thing I’ll let you decide. 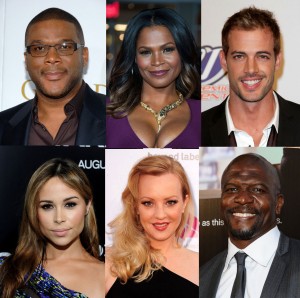 Check out The Single Mom’s Club trailer in the video below. Will you watch? Release Date March 2014