Time Magazine unveiled its 11th annual collection of the 100 most influential people in the world on Thursday, with a list comprised primarily of artists, politicians and business people. 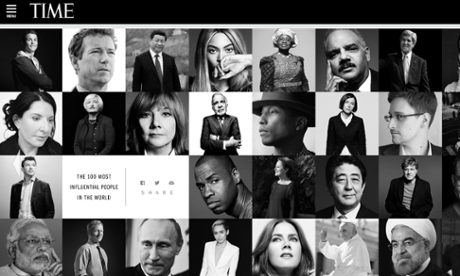 Each person selected had a few paragraphs about their influence written by recognizable names, including US president Barack Obama, who wrote about Pope Francis, IMF managing director Christine Lagarde, who who wrote about Federal Reserve chair Janet Yellen, and actor Lupita Nyong’o, who wrote about director Steve McQueen.

“He’s always in search of the truthful moment that will give the audience real human access to difficult issues,” Nyong’o said of McQueen. “He’s a visionary in that way.”

Beyoncé graces the cover of the 2014 Time 100 issue. “Beyoncé doesn’t just sit at the table,” said Facebook COO and Lean In author Sheryl Sandberg. “She builds a better one.” 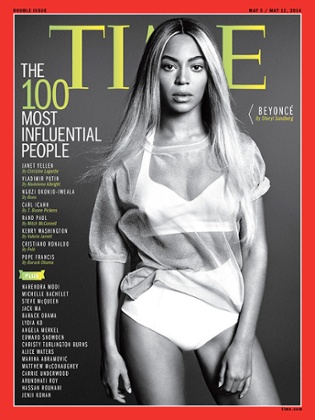