Bruce Jenner was involved in a horrific car accident on Pacific Coast Highway in Malibu at around noon Saturday, one person is dead, and it looks like Bruce caused the accident. 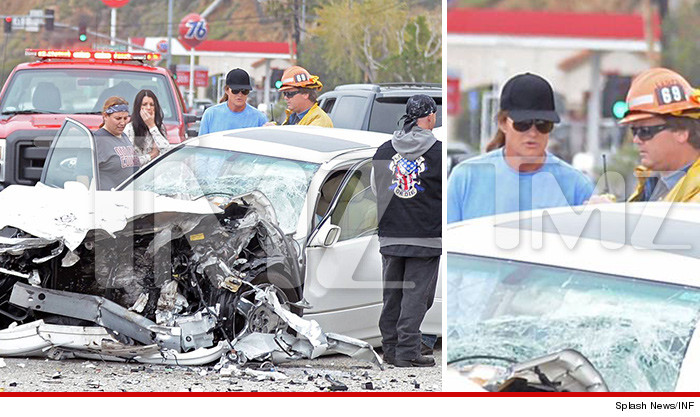 Law enforcement sources tell us … there were 4 vehicles involved in the crash. We’re told there were 8 people involved and all sustained some sort of injury … but one person died at the scene.

Eyewitnesses say Bruce rear ended the white car and that car went into oncoming traffic and was struck by the Hummer. You can see the impact in the pics below. The woman driving the white car died.

One law enforcement source said Bruce seems to be ok, but again, we’re told the 7 survivors sustained some injuries, ranging from minor to moderate.

Jenner family sources tell TMZ Bruce was being chased by as many as 5 paparazzi at the time of the crash. Bruce told cops he wasn’t drinking and passed a field sobriety test.

We’re told Bruce had picked up his Polaris UTV after loaning it to a wounded veterans group.

Law enforcement sources tell TMZ … Bruce volunteered to go to the hospital to have his blood drawn for blood alcohol testing. He was taken in a Sheriff’s cruiser. We’ve also learned the woman who was killed in the white car was coming to a stop at a red light when Bruce hit her. We’re told law enforcement has already determined Bruce was not speeding.

And we’re told there was a 4th car involved in the accident. The woman in the white car hit a Prius in front of her before moving into oncoming traffic. 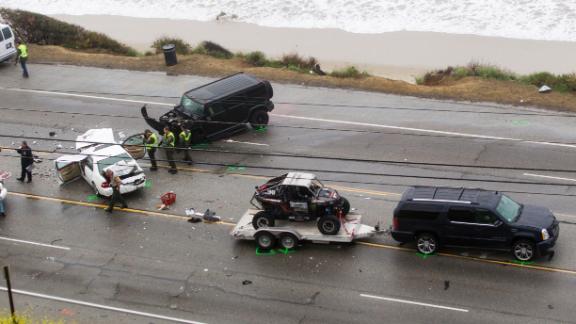