It’s no secret that ATL rapper T.I. and his wife’s BFF Shekinah Jo don’t really see eye to eye, and they took their dislike for each other to social media yet again earlier this week.

Shekinah posted a screen shot of a FaceTime chat she had with boxer Floyd Mayweather, Jr. The hair stylist and t-shirt guru took the time out of her busy schedule to throw in a few jabs at her haters

“Hate Is real in these streets!!!!!! Laughing at u haters like HAHAHAA,” she wrote in the caption.

But it doesn’t end there. Shekinah, who is very active on social media, took offense to the comments left by her fatherless Instagram followers who don’t have jobs or steady streams of income like she does.
In one post Shekinah noted that T.I. kicked her off the popular reality family series T.I. & Tiny’s Family Hustle last year. She said that how the ‘Road Trip’ spinoff came about.

And when fans questioned why Shekinah was friendly with a known “enemy” of her BFF’s husband, she didn’t hesitate to remind them that she and T.I. had never really gotten along. 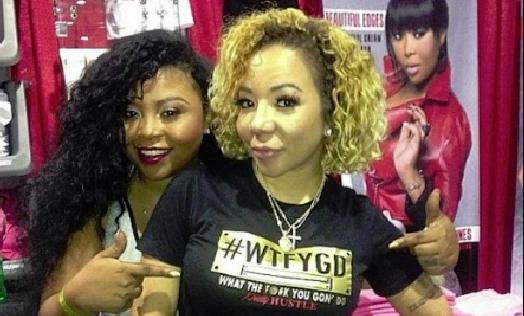