She gets it from her father? Floyd Mayweather’s thirteen year old daughter Iyanna caught on video fighting at school.

After the video surfaced and people began to speculate that Iyanna took the L, YaYa fired back that not only did she win, but it ain’t over. 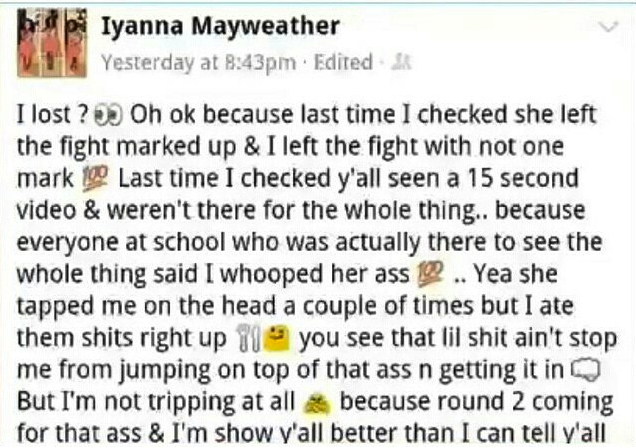