First lady Michelle Obama was speaking about LGBT rights to Democratic Party loyalists who paid up to $10,000 to attend the event at a posh Washington home of a wealthy lesbian couple.

According to reports, Obama responded, “One of the things I don’t do well is this,” a remark which drew loud applause. She then left the lectern and approached the heckler, telling the woman she could “listen to me or you can take the mic, but I’m leaving. You all decide. You have one choice.”

In a Interview with Huffington Post: Ellen Sturtz, 56 an activist for pro-LGBT Rights group GetEQUAL Said she didn’t go to the event intending to interrupt the first lady, but during the course of her speech she decided to speak up. “I want to talk about the children,” she said. “I want to talk about the LGBT young people who are … being told, directly and indirectly, that they’re second-class citizens. I’m tired of it.”

“Basically, I was asked by the first lady to be quiet, and I can’t be quiet any longer. … I was surprised by how negative the crowd seemed to be. It was actually a little unsettling and disturbing,”She obviously thought she was going to make an example of me or something. I wasn’t scared at all.” said Sturtz 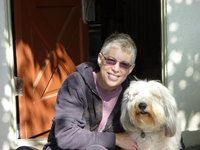 Sturtz said she was disappointed in the first lady’s response. Are You Disappointed ?? #SpillThaTea