A long-awaited film on the life of anti-apartheid hero Nelson Mandela premiered in his native South Africa. It stirring emotional memories of the country’s turbulent history. The movie “Mandela, Long Walk to Freedom”, largely based on his autobiography of the same title, traces the life of the revered leader from his childhood in the rural Eastern Cape to his election as the country’s first black president in 1994.

The 95-year-old Mandela was too frail to attend the premiere as he is under medical care at home after having spent three months in hospital in a critical condition with a lung infection earlier this year. His ex-wife Winnie Madikizela-Mandela said in remarks before the screening that she had “no words” to describe the film’s “translation of that painful past”.

“We should remember where we come from and that this freedom was hard earned and that it was won at a very, very heavy price,” said Madikizela-Mandela, wearing traditional Xhosa dress with headwrap.

After spending 27 years in jail for activism against the racist regime, Mandela preached equality and forgiveness in the bitterly divided nation, winning him worldwide admiration as a peace icon.

Mandela is played by British actor Idris Elba, 41, and his ex-wife Winnie by Naomie Harris, also of Britain. 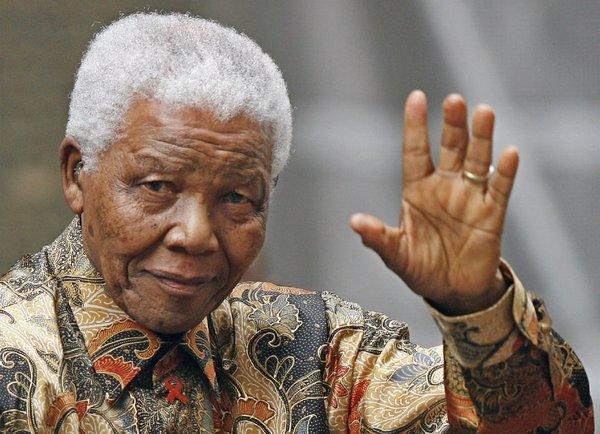