The National Football League can be a harsh business sometimes. That harshness is playing out right now in Houston, where the Texans are about to part ways with a player who has been one of the faces of the franchise over the past decade. With Monday’s news that franchise icon Andre Johnson asked the Texans to trade or cut him after being told of a reduced role next season.

Johnson later told the Chronicle’s Jerome Solomon, “I just laughed. They gave me my role, and I just laughed at them. How do you tell a guy who is used to catching 80 balls a year that he was going to catch 40?”

After all, Johnson holds every franchise record a pass-catcher can hold. Seven times Johnson topped 1,000 receiving yards in a season. Five times he topped 100 receptions. As recently as 2013 Johnson posted 109 catches for over 1,400 yards. 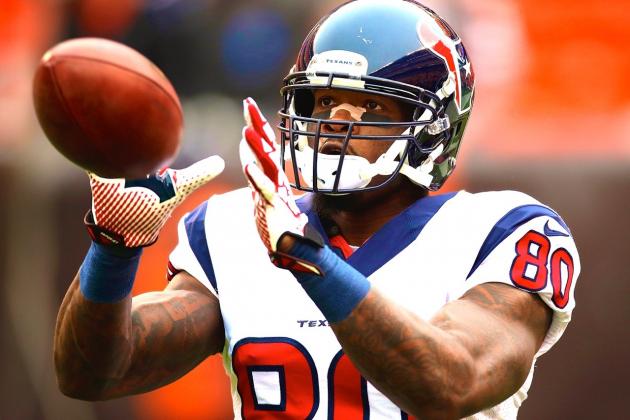