After months of denials Tyga finally admits he’s in love with Kylie Jenner. Tyga publicly professed his heart for his underage bae Kylie did he slip a ring on the 17-year-old’s finger too? 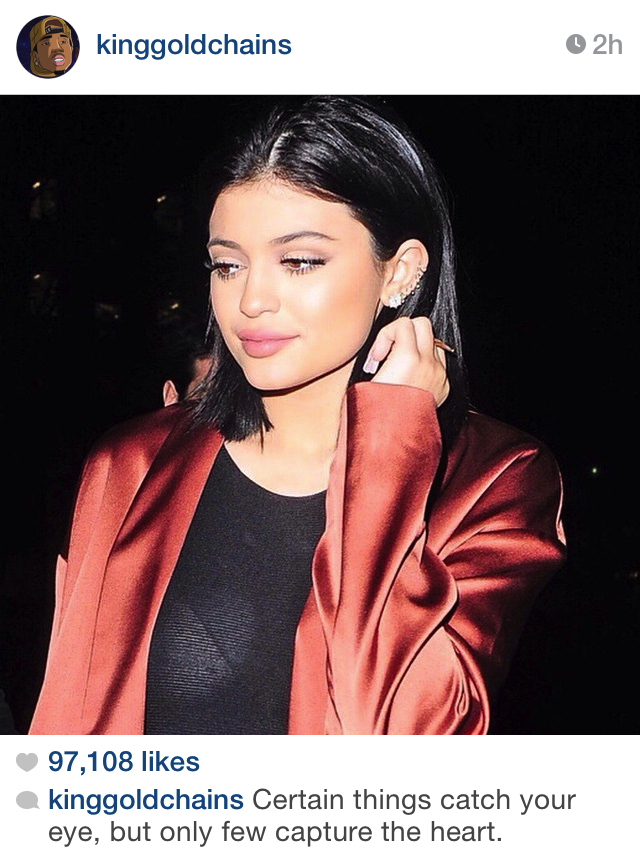 The California rapper recently posted the below photo of the reality star in London with a lovey-dovey caption; “Certain things catch your eye, but only few capture the heart.”

That’s the question that’s being asked after the Jenner was spotted sporting some bling on her ring finger.

On Saturday Kylie was in London promoting Nip Fab skincare after being dubbed one of their global ambassadors.

And as she walked the carpet, photogs zoomed in on an interesting ring on her left hand that looked like it could be a blinged out wedding band or promise ring !? #SpillThaTea