“Starkeema Greenidge, 28, of Harlem NY claims that she contracted herpes through a sample of Rihanna’s “RiRi Woo” M.A.C. lipstick at the “Stay” singer’s concert. Greenridge’s lawsuit claims that a rep came over to her with the sample, applied it to her upper lip and asked her to spread it around. 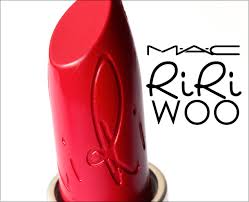 According to the lawsuit, the tube had been used by others, and it seems someone had the herpes virus, which spread to Greenridge. She spoke to TMZ, telling them “My whole lip was irritated and hugely swollen” after using the lipstick. Starkeema went to the doctor the next day, where she was diagnosed with herpes.

She is now suing the company in hopes that they will be more sanitary in the future by using swabs, or disposable tubes. Greenridge is requesting unspecified damages, claiming that the incident caused her “mental anguish and emotional distress.” – Reports vLadtv.com